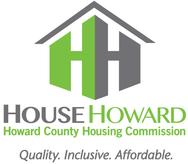 On behalf of the partners, BMC is seeking qualified and experienced developers to apply for affordable housing subsidies for new construction, substantial rehabilitation, or existing housing.

Proposals must be received by BMC no later than 4:00 p.m. on Friday, August 7, 2020. Successful applicants may be eligible for scoring incentives in the upcoming 2020 competitive round of Low Income Housing Tax Credit (LIHTC) awards conducted by the Maryland Department of Housing and Community Development (DHCD).

BMC will host a pre-proposal conference for interested developers on Wednesday, July 29, 2020 at 9:30 a.m.  See RFP for connection details.

Written questions about this procurement should be sent to Dan Pontious at dpontious@baltometro.org no later than July 29.  BMC will post answers to all submitted questions by July 31 on the BMC Requests for Proposals web page.

>> View the Request for Proposals

The Baltimore Regional PBV Program has made the following awards of project-based vouchers: